A tribute to a friend

I've only recently thought about this, but I want to take a moment to thank a friend. To whomever is reading this, odds are, you don't know my past pertaining to horses. Few people do; there isn't much of a past actually, but that past is very thing that influenced where I am today.

I've loved horses since I was born, probably even before that, but, up until I was 13 years old, I had ridden a grand total of eight times. I'm not exaggerating. Two of those rides were on vacations, five were at a week long horse camp, and the last was at a friend's house on her two OTTBs. Horses were something that I loved beyond all reason, but I never knew how to pursue that passion. I thought you either had a horse or you didn't; there was no in between.

It was in sixth grade, before those lucky seven first rides, that I met Caroline. She was my best friend. She was my absolute best friend, and I wish that we still had that friendship today, but I guess things change. Anyway, we were best friends back then, and, of course, best friends share everything, right? Well, sometime towards the beginning of the year, Caroline mentioned that she took riding lessons.

Let it be noted that I was still under the impression that you either had a horse or you didn't, so the concept of riding lessons was absolutely foreign and unreal to me. I thought she was lying at first. Riding lessons, pfft, that doesn't make any sense, I thought, but the more she explained it, the more elaborate the picture became.

A long lost flame was suddenly sparked inside of me. Apparently passion doesn't die easy. I was obsessed with horses once more. For the three years prior to meeting Caroline, I had just quit on horses. I thought that I just wasn't as fortunate as other people, and if I couldn't have one, then I had to just give up. My dad had a friend whose pony I loved, but I'd only seen her twice. Caroline was the catalyst for everything. She took me to her barn one time, and I got to meet all the horses. Sam, Jeanette (or Janet, I can't remember), Charlie Brown, Lucky, Hobo, Tootsie, and the rest that I can't remember. She urged me to take lessons with her, but my parents said, "No". I had been begging for a horse since I was two-years-old; I was used to hearing "No", and it's a word that I loathe to this day.

Even though I couldn't take lessons, I still wanted to learn. I read books. I read many books. I hate reading, but I read those books cover to cover. I was eager to learn. I wanted to just have my own horse and take care of it and love it. I wouldn't stop talking about horses. Everyday at lunch consisted of two things: my current crush and horses. I swear, my friends probably wanted to rip their hair out (I actually want to apologize to everyone who knew me in middle school; you were a tolerant bunch). Today, I try to talk minimally about horses so as not to cause ill feelings between my colleagues and me.

Sixth grade year drew to a close. I wrote letters to Caroline over the summer; she sent me my first Dover Saddlery magazine (and so began my addiction to saddle pads . . .). I was happier than a camel on Wednesday when I got that flimsy catalog, and I kept it for years until it became so decrepit that I had to throw it away. After that summer, I didn't talk to Caroline much besides here and there, and the friendship just kinda died. I wish it hadn't. I wish we had every class together from seventh grade up through my current eleventh grade year. I wish I could have had at least one lesson with her. I wish I had been more persistent with my parents. I wish I had yelled and screamed and pounded my fists on the floor so I could have done the one thing that I loved the most, but none of that happened. The cards fell where they did, and it wasn't until two years later, after begging and pleading, that I was able to finally take lessons for the first time. They weren't with Caroline, however, and I have always felt guilty for that.

After all of this, I guess the one thing that I really want to say is thank you, Caroline. Thank you for influencing me to do the one thing that I most wanted to do. Whether or not that was intentional doesn't very much matter to me because without you I wouldn't be where I am today. I would not have met so many other great people, and I would not be typing this blog right now. You are an amazing person, and I am forever indebted to you. You pushed me that one, big first step towards my goals, and for that I am eternally grateful. 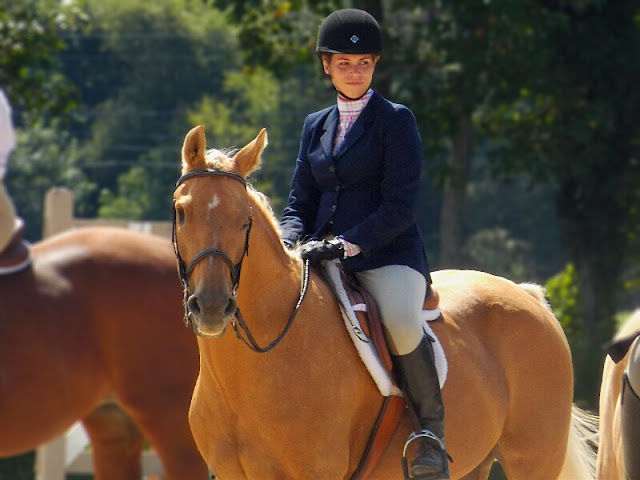