Showing posts from July, 2020
Show all

While we were still monitoring Lucie's condition, her other leasor played some music to help keep her calm. "Godspeed" by Frank Ocean came on a couple times, and it felt like the best choice for this month. I'm having a lot of thoughts about how to move forward from this, but I will hopefully have an update soon. Godspeed by Frank Ocean https://www.youtube.com/watch?v=pv2yNGkNhZc Godspeed Ambient Loop by Colin Flynn https://www.youtube.com/watch?v=ljkHRSI4vGQ&t=326s
Post a Comment
Read more 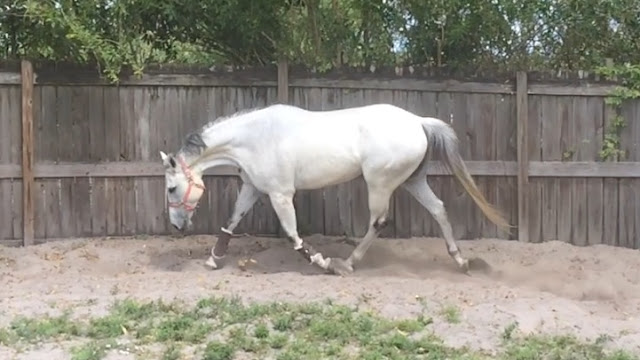 I wrote and scheduled this before Lucie passed. Thought about deleting it entirely, but it has good energy, and I need that right now. This is a completely unnecessary post but whaaaa! I wanna baby horsey! I've only hit this point because of a very short conversation that I had with Trainer G about breeding Lucie. Apparently, she considered it after getting ownership, and because there were no horse shows this year, it made sense. Ultimately, she decided to breed her barrel mare, but that doesn't mean that I can't be super obnoxious and make a comprehensive list of every possible, logical match for Miss Lucie. First, let's take a look at the baby mama. Lucie is an 11 year old off-track Thoroughbred . . . and that's all I know, lol. I've never inquired about her race name or competition history. She has done both hunters and jumpers, but I would personally consider her more of a hunter by her movement and attitude. My favorite aspects of Lucie are her bu
2 comments
Read more 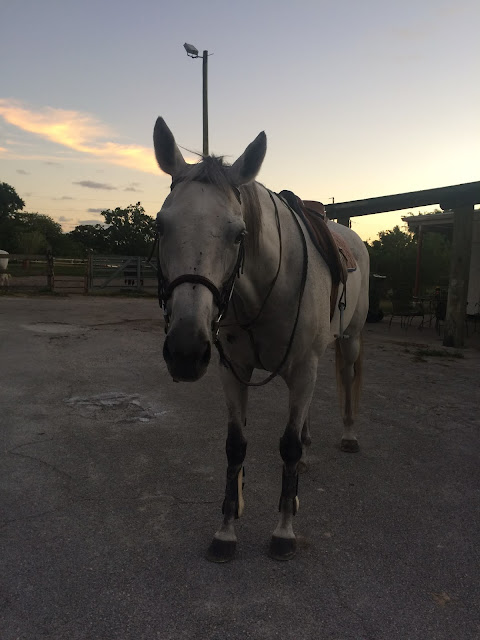 She didn't make it. Her condition was back and forth for the past 24 hours. As we were preparing to put her down, her body gave out. I wish I could say it was a different ending or that she went peacefully, but life doesn't always work out like that. There are a lot of people who loved this horse. I appreciate not having to go through this situation alone.
5 comments
Read more 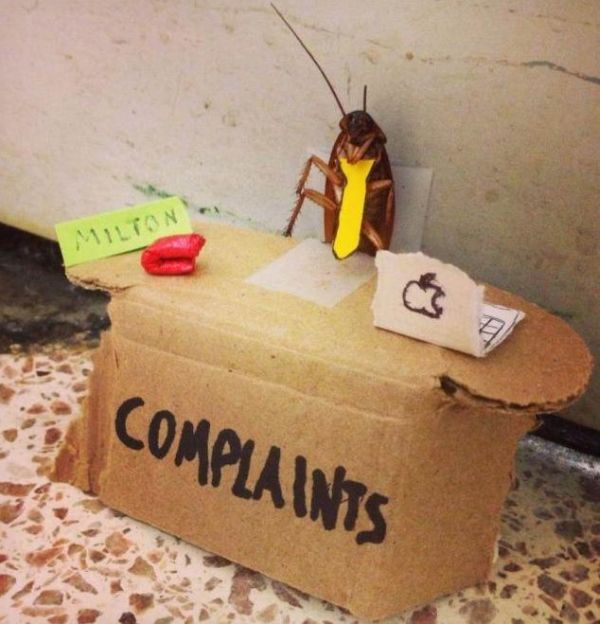 There's this term in the gay community called "u-hauling." It refers to when two women move forward very quickly in a relationship, which usually leads to them moving in together early on. Hence, the U-Haul part, lol. As a large ball of anxiety who hates sharing my space, I've never been one to u-haul a girl. That is, until a few months ago. The house I moved into last August was an . . . issue. I never noticed the roaches when I toured, but literally the day that I moved in and sat down for dinner, I saw one crawl across the wall of my bedroom. And it was a BIG one. Rashida Roach did not live long, but her mother, father, siblings, cousins, and a whole host of family members were infesting that house. Oh, and did I mention that they crawled on me several times in my sleep? I started having trouble sleeping because I thought I could hear them crawling around the room. Surprisingly, that isn't even the main reason I decided to take refuge elsewhere. For a sh
3 comments
Read more 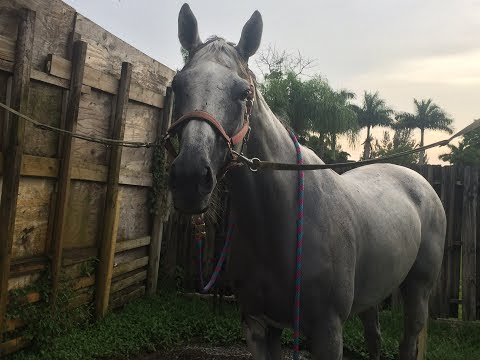 The Revolution Will Be Monetized 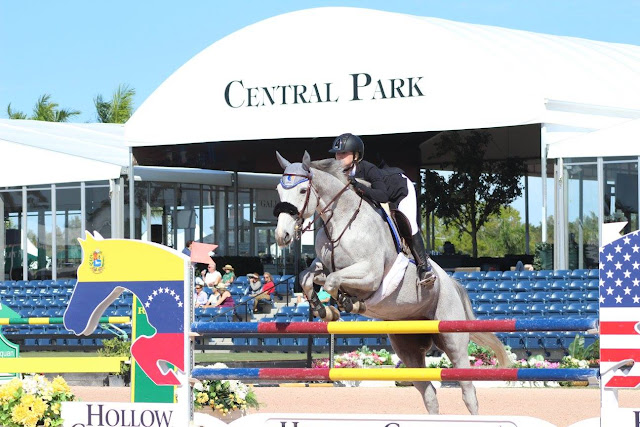 I've kept my eyes peeled since #BlackOutTuesday to see how organizations, publications, companies, and individuals would actively respond to issues of diversity, inclusion, racism, and equity in the equestrian sport. The conversation certainly lasted longer than expected, and I'm still taken back by the number of companies that have made statements. I am keeping in mind that Black Lives Matter has become profitable. Some anecdotal things I've noticed: Some companies have not made direct statements but have started incorporating minorities into their advertising and costumer features. This can be viewed as either pandering or an instance of "actions speak louder than words." Definitely varies on a case-by-case basis. Horse people somewhat avoided the "token Black person" move and have recognized that diversity applies to ethnicity, sexuality, and physical ability among other categories. Certain entities have continued the conversation while other
6 comments
Read more 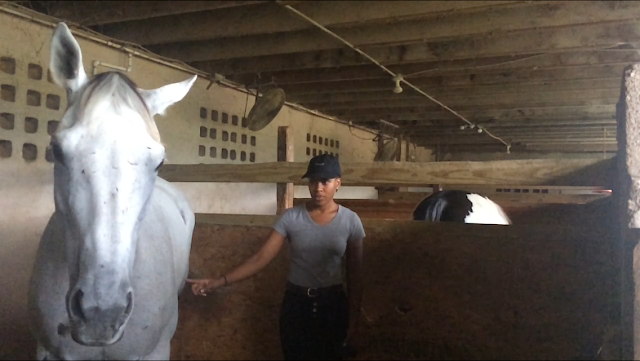 The weather is just . . . thoroughly not on my side. We've officially hit the time of year where it's either blazing hot or pouring. I am slowly getting used to it, and I've made a commitment to go to the barn every day after work at least to see all the horses and do some handywork. My hours are going up in the fall to 24 per week instead of 16, and after talking to my boss, he's said that I can just start working more hours now. We have at least one big project that'll be moving forward and potentially another multi-million dollar project if we can get the numbers to work. Fingers, toes, eyes, and stars are crossed! Needless to say, Lucie hasn't been getting as much time out of the stall. I know she's still in lessons right now, but she's only used for up-downers doing basic stuff. Outside of me and her other leaser, no one rides her seriously, and apparently her other leaser also hasn't been riding much lately. Again, the weather. With all this
4 comments
Read more 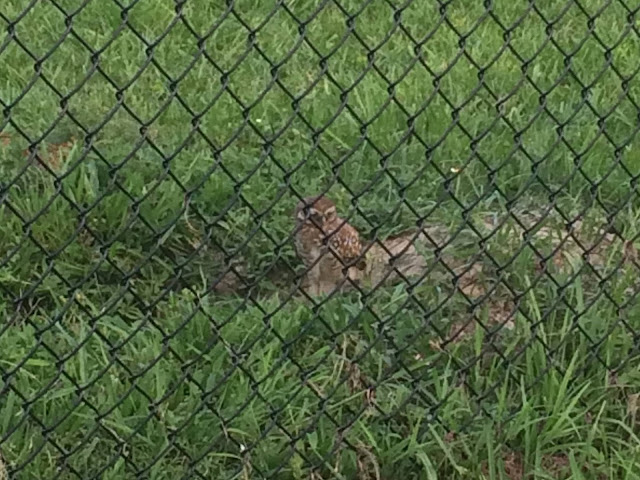 So it appears that several of you are part time ornithologists. As a gift, here are the owls! "Whooty who, I'm just a small owl minding my business, being a bird, thinkin' bout bird things . . ." "Um, pardon?!?! Who are you???" "Stop zooming in and answer my questions!" "Does anyone see this? I'm being harassed. Why won't she go away?" *crickets* "Hey! Heard you were having an issue! Who's that" "I dunno, she kind of looks like Kerry Washington, but I can't tell for sure." "Maybe if we don't look at her, she'll leave." "Ah, what the heck. Strike a pose, Steve."
6 comments
Read more 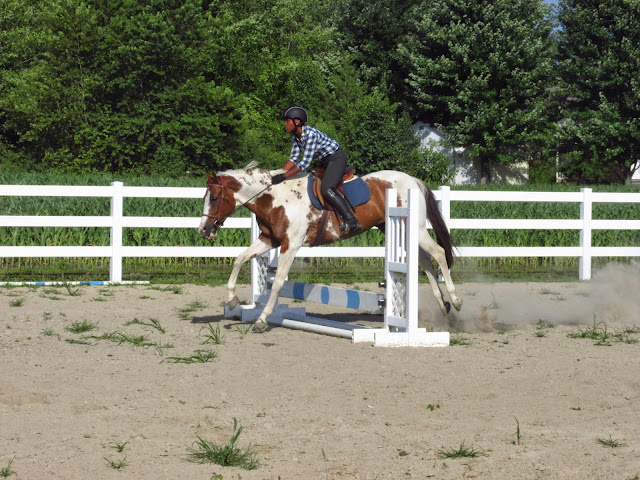 This isn't one of my normal product reviews, but I've noticed something about myself since the start of quarantine. For a couple weeks, I was the only one in my office, which meant that I could wear basically whatever I wanted. Obviously I wore my breeches and a simple top because I would ride directly after work. Did I look like a bum? Yah. Did any clients see me? Also yes, but no one told me that we were starting to allow clients in the office again. I am a good egg. Very professional. This outfit was such a LOOK It didn't take long for me to notice that I was really favoring my pull-on TuffRider breeches for both work and riding. I've had these bad boys for years . Seriously, they were purchased for  a clinic in 2014  when I was at least one size smaller. And guess what? They still fit! Mainly because they're like 99% spandex, but I ain't complaining. Really, I'm only writing this because I've had these pants for six years and with the excep
2 comments
Read more

So, considering the pandemic and hurricane season (both of which I did not plan for), my goals are going to need a little bit of adjusting. Do more than the bare minimum to take care of my body I'm somewhat back on a work out routine. The only bad thing about hunkering down with my girlfriend is that if she isn't motivated to work out, then I have to push myself to go alone, and that's succkkyy. But after having like zero work-life balance for a couple weeks, I'm finally more motivated to get back on my grind. I'm still ordering waaaayyy too much food, but I'm getting out of the house and moving around in socially distanced ways. Improve body control Okay, two points on this. First, the walk ride with no stirrups ? Fantastic for this. I'm way more body conscious when I'm doing something that simple, and it's not so strenuous that I can't do it in hot weather. Honestly, it's probably better for Lucie since she insists on running around
4 comments
Read more
More posts