Showing posts from May, 2015
Show all

So much leg, so many meanings

For example, there's forward leg, which isn't exactly understood when the temperature rises. Then there's move over leg, which needs to be put in exactly the right place to get exactly the right response but still gets a half-assed movement even when put in the wrong spot. Then there's stop-falling-out-when-we-circle-you're-14-years-old-and-know-not-to-do-that leg . . . that's self-explanatory. ( sidenote : I've actually always been interested in the fact that our legs can only go to so many places on the horse, yet they fully understand each cue as something very different from all the others. Wow, horses are cool.) She was plodding again today, which is surprising because she was in since this morning. I initially thought that she would require some half halts, but after seeing how apathetic she was during grooming, I had no worries. It was going to be a leg day. Other than being behind the leg, she was also pretty mouthy today. I tried to rectify i
2 comments
Read more 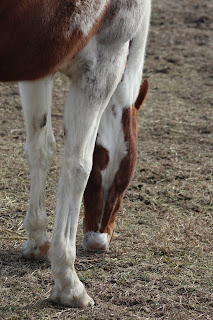 After about two weeks of no riding, Baby and I got back to work yesterday. I had a good amount of work planned, but most of it didn't happen. She was going really well and working so hard. Why push it? The main focus was cantering calmly over a pole, which was fine going to the right, but she kept dropping her shoulder on the left. It required some circles and copious amounts of inside leg. She's getting a lot better about moving off of my right leg (which is nice because those leg yields to the left are weak). Tomorrow will be the day to work on more leg yielding to get a more prompt transition plus more canter pole work. I'm hoping that I'll be able to start some haunches in, and, after we get the turn on the hind quarters in check, shoulder in will follow suit. I've also decided to move on from eBay. They had policy changes that weren't chill, so an Etsy shop has opened and can be accessed from the ♣Shop♣ tab. I'm still adding items, and custom
Post a Comment
Read more

A productvie waste of time 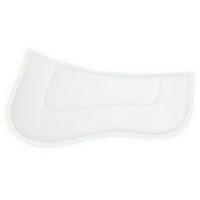 Wilker's Custom Horse Products recently launched their online store so customers can easily order saddle pads and half pads directly from the source. All their items have custom colors, but the best part is that when you pick the colors on the product page, it gives you a preview of what the colors will look like together, so obviously I had to spend entirely too much time making combinations. I started out with the hunter/jumper half pad. Pretty neat, huh? Of course I had some fun with it. And they do a baby pad: I got pretty into it and made competition sets with the two color combos that I like. The tan half pad is actually the memory foam pad which has a base color, piping, and a trim where as the basic half pad is just a base color and a trim. Be aware of that. Then future barn colors . . . At this point, I want all my students to school in these at shows because I'd probably lose track of them otherwise. For my eventer buddies, I think
1 comment
Read more

And now this reminds me of a large book on horses that I have with one of the chapters going in depth with equine feng shui. I tend to forget to mention the good things that happen, but they do, in fact, happen. After having some canter difficulties that lasted through last week and up into my warm-up, it came together when I flatted for the medal (probably because the judge asked for the canter the minute we got on the rail). The judges were tough this weekend, but not in a way that I felt overwhelmed. They simply asked more than the majority of my past judges have asked. I also received news that this little site was named one of Animal Health UK's 13 Most Enriching Equestrian Blogs of 2015. So, to any readers joining us from across the pond, hello (that was in an English accent). I'd be really really happy if the queen paid a visit. Her ponies are adorable. Photo from SeniorARK.com
2 comments
Read more

So I'll stop gritting my teeth about it 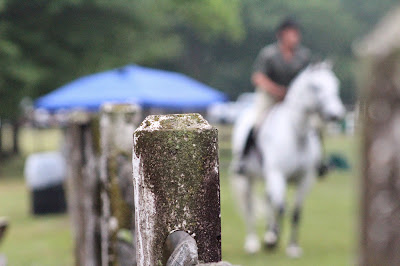 This past weekend did not end any better than it started. Miss S wants me to move back down to 2'. She told me this on Sunday because Baby was getting too nervous, and I wasn't relaxed enough to keep her confident.I was fine with doing 2' on her, but I still wanted to do the medal to keep my points up. I asked Miss Jan if I could borrow a horse of hers. She was okay with it, but Miss S was offended by my going and asking another trainer to use their horse. At that, I just decided to scratch everything and told Miss Jan that I wouldn't use her horse because I wasn't feeling well (which obviously wasn't true). So, that's that. I've spared you the gory details, but that's the gist of it, hopefully enough for one to learn not to make the same mistakes that I did.
6 comments
Read more 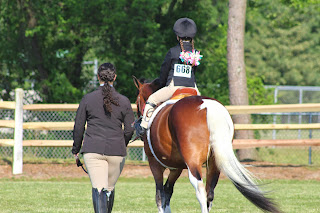 Written while I attempt to queue photos to tumblr. I should be washing my breeches. Today was rough to say the least. Baby started refusing early on, first in the morning when she was schooling with Bri. She was good schooling with me in the morning, but that happened in the pony ring. We had the Derby and the medal in the horse ring. Needless to say, it didn't end well. I got thrown off in the Derby, then the medal was just bad. I was waiting for equitation to start, but it was getting late and Miss S was getting tired, so she had us scratch the rest of our classes.
3 comments
Read more

When you forget your chaps at home

May 10, 2015
You lunge instead. So that's what happened on Friday, and it was uneventful because Dork is still not putting in a whole lot of effort. I lunged her over some poles and a cross bar, then I rode her for a little bit, and finally a bareback trail ride with Shebsheb. I tried out a longer stirrup on Thursday. It worked for the first half of the ride, then I couldn't stand it, and I've opted to put them back up. In my defense, because of the leathers on this saddle, it's a big jump between the holes, 1.5"-2". Both days, I attempted to canter over two consecutive poles, and I am still unable to do this successfully. Either Baby jumps over both or I can't place her feet right to the first one, and we plow through it. I'd swear it's impossible if we hadn't already done it in the past. My first show of the season is coming up next weekend (which reminds me that I have entry forms to fill out), and I'm not sure when I'll be able to take a les
2 comments
Read more

I ride a very indecisive mare. First, she wants to go slow slow slow during warm-up, then she gets forward with some much needed encouragement, then the canter was just ew, and she finally settled into a slow stretch for cool out. I'm not sure if she's just fresh or in heat; she's a consistent horse. I'm spoiled. That's pretty much the gist of today. She was hanging on me a lot too, but that only popped up after a very rushed and hollow left canter (which was fixed by transitions, thank you Schrammo). I did a little under 15 minutes of no stirrup work because that was the main point of today's ride, for me. I still need to not lean back in order to feel more secure in the sitting trot; it went back and forth today. Things don't go as nicely when I don't have Miss J there reminding me to put my hips where they belong. There was a ton of polework too, all meant to be done at the sitting trot with the exception of a set up in the center which was meant
Post a Comment
Read more 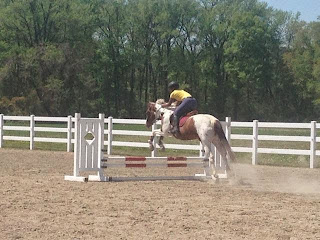 I did not ride at all last week. Life got in the way, but I did write my first ten page paper. Not as enjoyable of an experience as it sounds. It's pretty relieving to sit in a study hall and have time to blog instead of completing copious amounts of homework. When am I done with school again? After surviving the week, I took a lesson on Sunday with Miss S. I had the crop as a precaution with Baby, but she didn't need it at all. The two refusals that we had were fixed with leg and persuasive clucking. Equitation was difficult to do mainly because I'm still nervous about jumping her in the big outdoor, so my position automatically gets defensive. She was somewhere between uncontrollably strong and dead quiet, so I guess that's an improvement. I still want to do more technical work over smaller fences. I think that'll continue to benefit the both of us. In other horsey news, my new (read: replacement) show pad came in, and it looks great. Now
2 comments
Read more
More posts