Showing posts from January, 2018
Show all

Not to be forgotten 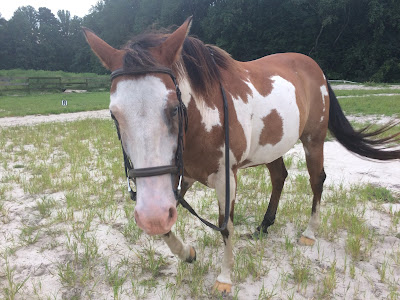 Hopping back into 2017 for a moment to address what the heck happened with Vodka. While Roman was basically on vacation at the end of August, Vodka was a different situation. I was only on him for about a month, but I saw major improvements in the quality of his gaits, softness, and consistency. "Treat lady, come back" Tack definitely made a difference in how he went. He had been ridden in a poorly fit saddle for quite some time prior to me even trying him out. During said trial, he crow hopped and kicked out going into the canter, expecting a saddle to pinch his withers. While I swapped between the Dressage and close contact saddles, I still noticed that he was much more comfortable in the Dressage saddle. At one point, I even tried out a different girth because he was just a touch too opinionated with the anatomical one. A lot better than where we started Conclusion: sensitive horse does better when you consider his sensitivities. Vodka was like Roman in that
3 comments
Read more
More posts