Boyd Martin recently posted a response to the Plantation Field controversy. In case he suddenly deletes it, here's what it says:

First and foremost, I want to be absolutely clear that I am one hundred per cent for diversity and equality in equestrian sports. At our farm here at Windurra I employ people from all different countries, cultures and religions. I have enjoyed training and competing horses with people from all over the world. The issue of race has nothing to do with my problem with EventingNation.com.

Being on the board of Plantation Field International, it is my opinion that EN handled their questioning of the name “Plantation Field” terribly. They knew exactly what was going to happen when they pushed for the change just before our premier event, and I have emails to prove it. I am absolutely open to a discussion about changing the events name, but I would have preferred a calm, reasonable discussion over a cup of coffee with the landowner after the competition had taken place. I’m angry at their timing, and the fact that they knew it would be the downfall of PFI.

Over the years our community has spent many hours and hundreds of thousands of dollars developing Plantation Field. Many locals depend on this venue, from the grassroots horses and riders just getting started in the sport, to Olympic riders preparing for championships.

Yesterday I was successful at an event in Aiken just five days after the debacle at PFI and I was getting calls to be interviewed by Eventing Nation. I still have a very bitter taste in my mouth and I just feel like it would hypocritical of me to shrug my shoulders and self-promote my performance on their website.

I fully support equality in sports and bringing the sport of eventing to a wider audience, and I hope that we as a community can work together for this common goal.

As a full disclosure, I don't have a timeline of how EN approached the issue. I'm taking Boyd at his word that, while their intentions were in the right place, it was reckless. With that in mind, everyone involved has the right to be upset about how Eventing Nation approached the issue. I do also see some hypocrisy in EN asking for a post competition interview while the wound of this incident is still raw. If it were me, I would have reached out for a conversation about D&I instead of trying to brush over all of this and move on like everything is normal.

None of that changes anything. Like, not even a little, teeny, tiny bit. EN might have been reckless, but Boyd was downright petty and vile to post an image of the definition of "plantation" only to delete it when more compassionate people told him off. I would have preferred no response over the above text.

I honestly do not believe for even a fraction of a second that Boyd cares about diversity and equality. That's my opinion, take it or leave it. How does the saying go? Actions speak louder than words? Yeah, I think that's the one. The action of posting the literal definition of the word "plantation" communicates several things. It tells Black people that "plantation" is just a word to you, and you don't care how a group of people different from you might feel about the word. It let's everyone know that you are not open to changing the name, thereby nullifying the claim of caring about diversity and equality. It also shows how dumb you think horse people are because you seem to believe that we collective know nothing about United States history.

Here are some more definitions to consider: 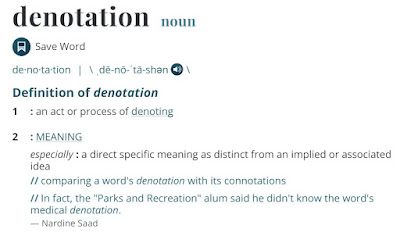 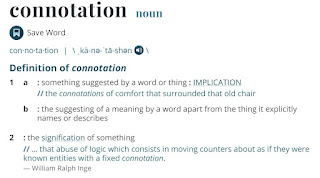 There was no intention or desire to change the name, and there likely never will be. Nothing would have made a difference in the outcome. They were allegedly aggressive, and the location kept its name while the event was cancelled. If they had approached with a Starbucks gift card and Google Calendar invite, the event may not have been cancelled, but the name would have remained fully intact. In the end, the message is the same. Y'all only want compliance. You want silence and submission and business as usual.