Hey, hi, hello, it's me, crawling out of my grad school dungeon for a moment before my thesis has me back in its icy grip. It's been an interesting semester to say the least. The thing that disappointed me the most was honestly not being able to put as much time into my thesis as desired.

Fortunately, I have been able to somewhat keep up with riding. I'm probably averaging every other week, but now that my classes are done, I'll be back up to twice a week sometime soon. Because Trainer G is still down one lesson horse and often uses Blackjack for the beginners, I'm allowed to ride Liberty whenever the big man isn't available. I've still yet to formally introduce her here, and at this point it's just gonna be a chronical post. Bear with me.

In the mean time, I did make some Black Friday purchases. Fun fact about me: I hate spending money. I have bad anxiety about finances and was having a very hard time up until recently. I've never been a big spender. My dad actually said that between me and my siblings, I'm the one who gives him the least financial concern. The running joke in my family is that I have offshore bank accounts. Truth is, I just hoard it 'cause I fear not having it.

Unfortunately, my horsey wishlist is getting long, and I really need to either replace items or add useful things to my collection. For example, remember when I fell head first off of Pixel nearly four years ago? Haven't bought a new helmet. Spoiler Alert: I didn't buy a helmet, but I promise I will eventually!

I narrowed my needs to three items. First, a breastplate with removable attachments. Trainer G's lone standing martingale finally gave out, so I offered to purchase something we could both use. I also prefer buying one, flexible item as opposed to two separate items. Second was breathable exercise boots. All of the ones I've tried since moving leave too much sweat for me to be comfortable. Third was spurs because Trainer G really really really recommends that I get them, and she's right, but I've refused to spend the money since January.

My plan was simple: use Amanda's Black Friday master post to to find the deals. Add the items to my cart on several different sites, and use the estimated final price to pick the best option. It was a perfect plan! Until it wasn't. See, different tack shops have wildly varying prices and levels of quality. Lots of places had breastplates, but the majority were well over $100, which just ain't gonna work for me.

In the end, it took about 25-30 different shops before making a purchase.

I started at Riding Warehouse, which gave me some solid options, but the final price was a little bit much for me. I kept going with little success until I came to Redpost Equestrian. It's a UK site, but man did they have some nice deals, including a pair of brown LeMieux brushing boots that I fell in love with. Again, the final cost with shipping to the U.S. added on top was a bit uncomfy.

I hemmed and hawed over the international shipping, kept closing and opening tabs multiple times. Eventually, I circled back to Riding Warehouse, cleared out my cart entirely, selected a completely different breastplate, paid for back ordered LeMieux boots that weren't even the same type that I fell in love with, and resolved to buy cheap spurs off of Wish (which didn't work out because they don't carry normal English spurs??? It was annoying).

Also the shipping has already been delayed on the breastplate. We'll see how much more my mental health can handle. 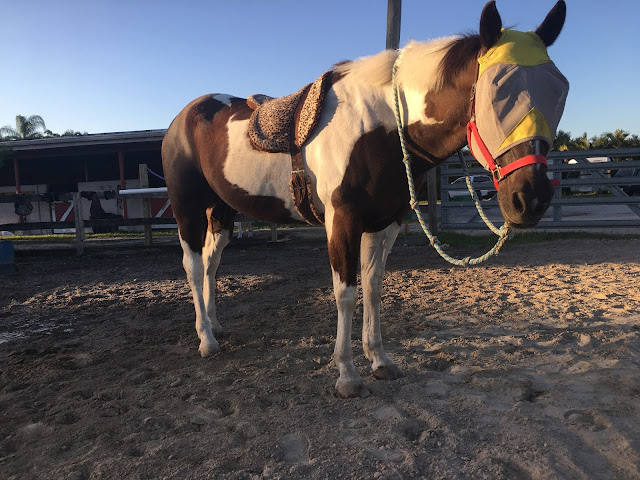