August 05, 2014
That's a biggie. Surprisingly, my legs aren't complaining that much. It's the hips that won't stop bitching.

First to get my booty into gear was Miss El on Sunday. The lesson before me ran over a little bit (which was good cause I got there late, but I had iced coffee, so it was okay), so I got on and did my stretches. When she was able to sit down and watch me, I was already on my hip stretches, which she said were, and I quote, "great." We did two pointing again as well, and I got into the initial position easily, but I was still stuggling to hold myself up and engage that core.

We did more trot work than last time. The main focus was getting me to both relax and get myself balanced. The posting was a lot better, despite the midget stirrups. I am still rather futilely attempting to drop my left heel lower. I just have to keep reminding myself to stretch up my right shoulder, although Miss El is the type to keep repeating what she wants you to do, so I don't have to think too much. We did some no stirrup work just at the sitting trot, which wasn't bad, but then she had me two point, which was really bad. We did arm circles too which are the main reason as to why my shoulders are still aching. I really don't like arm circles, never have, but I guess they're useful for something (Relaxing. They're good for relaxing.).

I rode yesterday with Miss S. I took a private lesson to see what I could apply. I now know why other trainers want me to shorten my stirrup; keeping my leg steady with a dropped heel was genuinely difficult. I like to convince myself that I have the leg for a longer stirrup, but I don't. I would shorten my stirrups on Miss S's saddle, but the leathers have been so used and worn that to get even holes at the correct length would require punching a new place in both leathers. I just dealt with it. We did some flatwork, tried out a few counter canters, picking up leads, simple changes, the whole lot.

She had a little gymnastic set up with three jumps: a cross bar, one stride to a vertical/oxer, then four strides to the coop. Miss S wanted me to work on landing the leads, but it's just difficult to do when I still have equitation to worry about. I, personally, am not worried about landing the lead at this point, not at home or at shows. At home, I do a simple change. At shows, I just keep going. It's one less thing to get worked up about. Equitation aside, it's difficult for me to stay balanced when I have a lead to think about. Needless to say, we didn't land most of the leads, and no amount of a click and some leg would get Baby to do a flying change, so it was simple changes the whole ride long.

Today was another ride with Miss Marianne. Cas and I were the only ones, so we rode in the small arena. It started with a discussion about presentation, including properly fitting tack and riding attire (I have to wear my white show shirt this time, asdfghjkl), then onto general facts. In a medal final, the judge is allowed to ask you questions on basically anything pertaining to horses. I know a lot of stuff; I spent almost 3 years reading before I finally got into lessons, and I'm still reading, but recalling all that information doesn't happen quickly. Also, the books and articles I read never had the basics . . . or maybe I skipped over that part 'cause I thought it was boring, but that doesn't matter now. It's the obvious, trick question sounding things that would give me difficulty (assuming they do ask questions). I could answer all the bit questions, though. Bits have always been my strong point.

The whole lesson was basically drilling with regular breaks, and during those breaks there were discussions. Miss Marianne was having us watch each other and would give us a detailed explanation of what was good and bad about each course, then she would say who would have placed higher. We used the same gymnastic that Miss S had set up from yesterday, but she put everything up to 2'0"-2'3". Towards the end, Miss Marianne focused on me a bit and had me do a figure-8 with two jumps to get the leads but to also get Baby more engaged and forward over fences and to also get my hands quieter and my legs more active. Baby did I think three back to front changes. All the others were front to back, but she was doing them on her own, so as long as I keep her on her butt and moving forward, she should start to get a correct change more consistently. We finished off with some one handed cantering with the focus still being on the legs and getting me to actually use them rather than my hands. She even had me take a jump where I showed just how far back I can keep my weight without falling off. I had to drop my reins completely after that and stop, which wasn't very good, but I spent my cool down steering just with my legs, and Baby did it perfectly. I just have to use a good amount of leg. 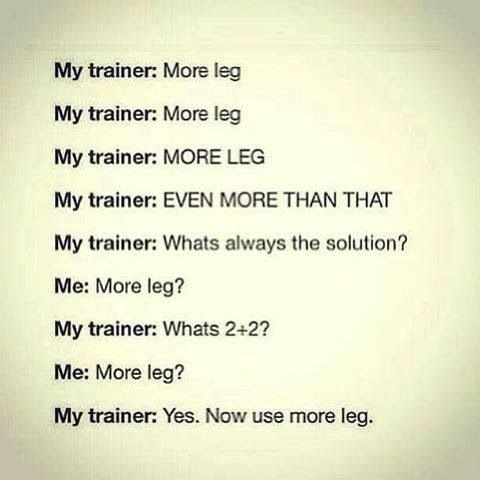 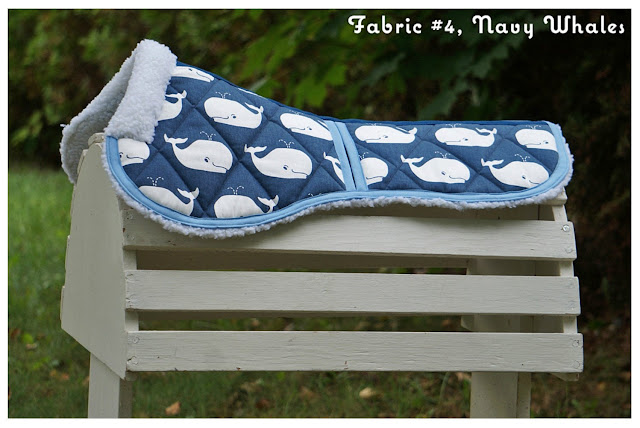