A reflection of sorts

December 23, 2015
I thought about saving this for my end of the year post, but it's a little bit separate from my goals and achievements. Plus, it's not exactly how I want to end the year

As a rider, I have developed a number of long standing habits that stem from less than stellar instruction and being over faced too many times. At this point, I still have trouble even with some basic components (e.g. actually sitting in the saddle and using my legs), especially when it comes to my shoulders. Despite being on so many different horses in such a short time, my skill set is quite limited, and it always takes a while before I can adequately control a new mount. Being repeatedly over-faced has made me wary of faster horses or even when a typically slower horse gets moving too quickly. At this point, shows are little more than expensive anxiety attacks. 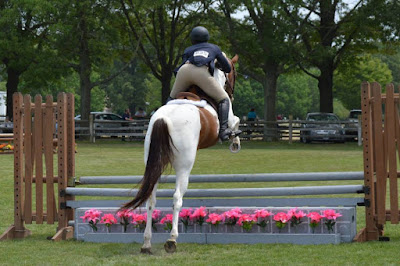 I wouldn't care so much about my issues if they didn't persist so much. That's what I mean by "long standing". I feel like I have a pile of faults that I can't seem to move past, and I'm afraid that they will continue to limit and prevent me from achieving my long term goals. It was also kind of a slap in the face to be so close to over coming the biggest of these issues only to lose all of my confidence once again. To put it simply, I'm struggling. 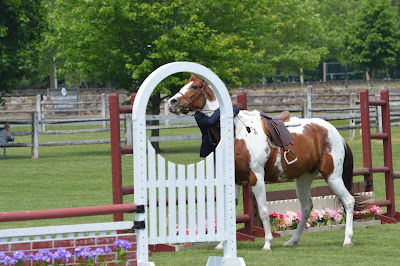 There is a bright side to this, believe it or not. These feelings probably developed about halfway through this semester. I haven't had a single ride at school that I would deem "bad", nor have I had one close to it. That being said, none of them left me feeling as good as I have in my two most recent lessons with Miss El. Maybe I just need time to be home and have my rear end handed to me. I am still not sure if I want to continue competing because thus far it's been a hefty bill to pay for very little in return, but it's not something I need to think about right now.

When I spoke with Callan Solem, one of the things she said resonated greatly with me, and I wish I had the actual quote cause it sure was relevant. She said that just because something is difficult or just because you are struggling, it doesn't mean that you should give up. I thought about walking away from trying to advance because I was convinced that an attempt to do so was futile. I could still ride, and do it as a hobby, and there's no harm in that, but that's simply not what I want to do. 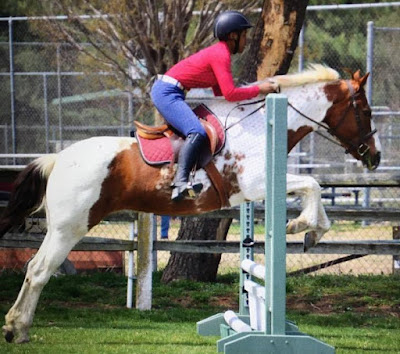