December 13, 2015
Because some green ponies don't know the meaning of leg. Even after smuggling an apple from the diner for the posh pon, we barely got it together. But, honestly, his personality makes up for it. 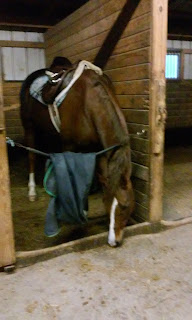 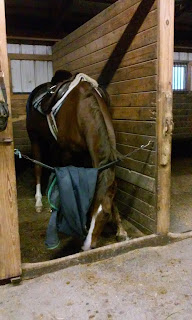 The last ride of the semester was on Wednesday, and we got to ride our favorites. I picked Pixel (obviously), but I was stuck between him, Romeo, and Vick for a while. My confidence has been fairly low lately, and I didn't want to push it, so Pixel was the best option.

We started out with walk, trot, and canter, but for us it was more like lumber, fast jog, and maybe I'll canter, but I'd rather fast trot. We did one fence on the center line at the walk and trot, and that's when he actually got some forward motion. We also did the fence at an angle a couple of times, and Coach S threw in a half circle at the sitting trot plus a counter canter. It was eh for the most part and didn't really come together until we went through it the final time. 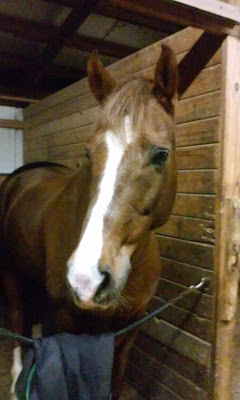 I'm itching for finals to be over so I can go home and see the mare.
IHSA Pixel Riding Journal